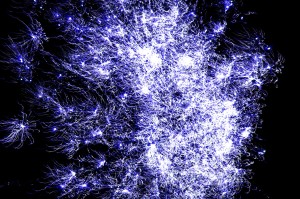 Forgive me. I ask that you my faithful readers would indulge me another day whilst I’m in this state of verbal diahorrea this week!

The rain fell like spears, yet in stark contrast I remained dry under the shield of my huge black brolly which resembles that of a witch’s hat. I had just been at church minding the youth whilst facilitating the weekly choir/band practice at the same time. Oh yes, the sacrifice that goes with multi-tasking is painstakingly rewarding…mind my dry attempt at sarcasm.

Anyway, tonight I just want to rant a little so there is no method to this particular madness this wee hours of the morning…

I am provoked. Intensely provoked. Severely. Most ardently weeping with provocation yet frustratingly disarmed. Now ask me why. Why? okay I’ll tell you. here goes:

So, I’m in my element where I literally feel this surge of intense electricity in midst of worshipping my maker with the most amazing people, and as I play intuitively on the keys (piano), I feel this power ricochet down my spine in the most hypnotic yet soothing and comforting way. This freedom oozed to the place where my vocal chords rest -er hem -my throat or for the scientific inclined, the oesophagus. And, like times before where I’ve found myself really relaxed, I begin to sing keys and notes that I don’t usually expect to sing. Like a miracle honey has crawled down my throat to open freshly to sound.

However, the limiting sensations of the “don’t-hurt-your-throat” and “be careful-not-to-lose-your-voice”, “don’t overdo it” niggle from the back of my subconscious mind migrating into my conscious brain. Even more, the pressurising thoughts of, “now you’ve got your voice back, save it for the n:flame celebration on Saturday!” echo through the croaks of an otherwise smooth and leathery voice. Nevertheless, I closed my eyes and pressed ahead. Hey, at the end of the day, as H.O.D  you kinda  have to get it together! But this wasn’t why I was and am provoked.

The sounds vibrated through my being that it was like ecstasy- like being hit with a love drug! It just increased my love for music. I just totally love music! I really do! I am most myself when I’m either playing the keys or singing or around music, art or when surrounded by creativity because it moves me in ways that the human intellect cannot possible express but only experience.  I love the whole performing thing. I love the glitz and the glamour though I find it most superficial half the time. And guess what? I’m not afraid t admit it. I do hate one thing thing though…or a couple of things i.e the politics and the injustice of the music business as a whole. But this does not dissuade me from the fact that I love music.

Any how, back from cloud nine! So, I’m high on air gassing over the beauty of practicing for Sunday’s service, whilst contemplating a second cancellation of a cinema visit with my sister (sorry Unique Individual! love you) and then feeling guilty for even entertaining such thought; when 20:45 arrived and the anxious, telling voice of my beloved sister  declaring “we’ve got to go!” bellows from the main sanctuary as I say my goodbyes to my mum and Sis Jane. One massage, a kiss and kicking out my most beloved teens, we escape for some sisterly bonding. After a conversation later and a 10 minute bus wait, we board bus 313 and headed to cineworld cinema ~ a 3/5 minute journey for the most aid travellers.

On alighting the bus later at the Great Cambridge road bus stop, we embark on the brisk walk on the rain to the cinema. Up the stairs we ascended and then we took a left into the cinema foyer whilst discussing the interesting events of my sister’s day at work. Because I was undecided as to what film to watch, i eventually decided that I would scan my options, as you do. Well, there were only two films showing at the time that we arrived. One about the House on the End of the Street and Sparkle. OO, now that caught my attention!
Not only was I intrigued about Sparkle, but I was attentive especially since I knew that one of my biggest inspirations in music by the name of a certain Ms. Whitney Houston was going to be in it with Jordin Sparks – American Idol winner at least 6 years ago! So it was a win. My Sister and I were going to see Sparkle. Now we had to rush to get in as we were already 10 minutes into the adverts when we had arrived at the cinema.

Now, we can get to why I’m provoked. Well this film pressed so many buttons in me on so many levels in a such a musical and Spiritual way. Especially with Whitney Houston and TD. Jakes being the producers of the film. Watching my inspiration on film and seeing how old she was and the sharp realisation that she is well and truly gone conjured up huge emotions in me. My emotions were scattered and I wore my heart on my sleeve tonight whilst I watched my passion unfold before my eyes. Music. Writing. Song writing. I recognised in the character that Jordin Sparks played, something that I saw in me. I recognised the passion. The ability. The gift. Flashbacks of similarities with dream girls and the whole blast from the past of old skool gospel with a colourful mix of mowtown and the 60’s/70’s with the tethering ending of the rock’n’roll era (which has never fully ended tbh). The way she hit high notes effortlessly, and performed to huge audiences provoked me because its what I felt I was born to do. To sing. Not necessarily for people but just that atmosphere just pulled on so many nerves that i felt had been deadened by disappointed dreams that I let lie. I was provoked as watching reminded me of what my Pastor said on Wednesday night during a study “dare to dream again…” But should I? I don’t even know what to dream again?! Most of my desires have changed over the years and probably matured. When I was 14, just being a popstar would have sufficed and everything associated with it but now, it doesn’t matter so much to me now, although sometimes I do dream. I want to be able to impact and influence people through music but I don’t really want the fame or the whole gimmicks, though I love the fashion and the glamour and everything. I just want to be able to be me without those demons who help make your money yet break you . Yes the ones they call Paparazzi.

I’m just so provoked! All I want to do is to do what Sparkle did and yet still have a beautiful relationship with a guy that supported her. And God I really do miss Whitney Houston. I feel cheated ’cause as a kid, I always dreamed of meeting her and doing duets with her. Well that’s not happening now…

Anyways I had to get this off my chest. So what’s the end of the matter? well there’s no end really except to seek and find what next and take each day as it comes and learn to dream again…keeping things simple and keeping the main thing the main thing makes a lot of difference because I’m too tired to allow confusion in my life anymore. Rant over.

about life and other stuff

a story, not a soapbox

Talking about life and Ish...

a blog by andie frost

The Blog of Author Tim Ferriss

Random scribbles and experiences from a mum-of-two

One man's quest to figure out faith

Thought Catalog is a digital youth culture magazine dedicated to your stories and ideas.

musings on life | bits of psychology | attempts at poetry